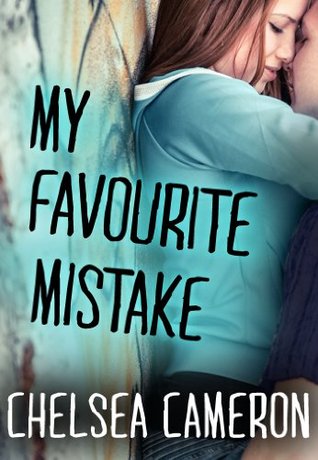 Taylor Caldwell can’t decide if she wants to kiss her new college roommate or punch him.

On the one hand, Hunter Zaccadelli is a handsome, blue-eyed bundle of charm. On the other, he’s a tattooed, guitar-playing bundle of bad boy. Maybe that’s why Taylor’s afraid of falling in love with him, or anyone else. She doesn’t want to get burned, so she needs him gone before it’s too late.

Hunter himself has been burned before, but Taylor’s sexy laugh and refusal to let him get away with anything make her irresistible. Determined not to be kicked out of her life without a fight, Hunter proposes a bet: if she can convince him she truly loves or hates him, he’ll leave the apartment–and leave her alone. The problem is, the more time they spend together, the less she hates him, and the more she moves toward love.

But when the man behind Taylor’s fear of giving up her heart resurfaces, she has to decide: trust Hunter with her greatest secret, or do everything in her power to win that bet and drive him away forever.

I came across My Favourite Mistake whilst looking through Goodreads for my next read, after reading the blurb I was rather intrigued however I was left disappointed. Whilst I was interested in the storyline of the college setting featuring Hunter and Taylor becoming room-mates and falling for one another, I ended up not a fan of Taylor’s Character. Now firstly I must mention that the book considers a traumatic event from Taylors past which we could blame for her behaviour now but she was too violent for my liking, firstly she was so angry about Hunter being in the flat. But why would that be so surprising and unlikely when there co-ed dorms? Just didn’t make sense.

The next interaction between them follows Taylor punching Hunter in the face and kneeing him in the groin, following that she is continuously threatening violence. Whilst one or two times in a somewhat sarcastic manner could seem funny in their bantering with one another it just became too much and I started disliking her character massively. I really wasn’t a fan on her constantly threatening violence and wanting to punch him especially as it wasn’t shown to be an abusive relationship on their part. Hunter merely stood there and took it, accepting it was just in her character whereas if this was a male character presented I can almost guarantee it would be a violent relationship whereas Taylor punching Hunter is played down so much.

It’s interesting to compare Taylor to Hunter, because he is also traumatized after the death of his parents but he is the polar opposite of Taylor. He is considerate and kind, continuously cooking whereas I don’t actually think she did anything for him other than comfort him or wake him up after a nightmare.

Considering all my negativity towards this book, I have to mention a positive. I liked Chelsea M. Cameron’s attempt to add diversity to her story, Mase’s little sister Harper has Cerebal Palsy and is in a wheelchair, Taylor is a survivor and Hunter is now an orphan.

My Favourite Mistake was my first experience with Chelsea. M Cameron as an author and after my experience with this book I would still say I would try her other work. Whilst this one may have been a flop for me, I could find her other work great. There wasn’t anything wrong with her writing style much rather just the lack of story line or interesting content within.

Overall I would give this book 1.5/ 2 stars, I’m stuck between the two because of the incorporation of the deeper issues into the ending of the book. It did add a little something but overall I was unimpressed, the pacing of the book was rather slow and I felt like nothing really happened between the couple? Taylor just seemed like an abusive person.