A world of witches, daemons and vampires. A manuscript which holds the secrets of their past and the key to their future. Diana and Matthew – the forbidden love at the heart of it.

When historian Diana Bishop opens an alchemical manuscript in the Bodleian Library, it’s an unwelcome intrusion of magic into her carefully ordered life. Though Diana is a witch of impeccable lineage, the violent death of her parents while she was still a child convinced her that human fear is more potent than any witchcraft. Now Diana has unwittingly exposed herself to a world she’s kept at bay for years; one of powerful witches, creative, destructive daemons and long-lived vampires. Sensing the significance of Diana’s discovery, the creatures gather in Oxford, among them the enigmatic Matthew Clairmont, a vampire genticist. Diana is inexplicably drawn to Matthew and, in a shadowy world of half-truths and old enmities, ties herself to him without fully understanding the ancient line they are crossing. As they begin to unlock the secrets of the manuscript and their feelings for each other deepen, so the fragile balance of peace unravels…

END_OF_DOCUMENT_TOKEN_TO_BE_REPLACED

What if you were the spark that could ignite a revolution?

For years Laia has lived in fear. Fear of the Empire, fear of the Martials, fear of truly living at all. Born as a Scholar, she’s never had much of a choice.

For Elias it’s the opposite. He has seen too much on his path to becoming a Mask, one of the Empire’s elite soldiers. With the Masks’ help the Empire has conquered a continent and enslaved thousands, all in the name of power.

When Laia’s brother is taken she must force herself to help the Resistance, the only people who have a chance of saving him. She must spy on the Commandant, ruthless overseer of Blackcliff Academy. Blackcliff is the training ground for Masks and the very place that Elias is planning to escape. If he succeeds, he will be named deserter. If found, the punishment will be death.

But once Laia and Elias meet, they will find that their destinies are intertwined and that their choices will change the fate of the Empire itself.

In the ashes of a broken world one person can make a difference. One voice in the dark can be heard. The price of freedom is always high and this time that price might demand everything, even life itself.

END_OF_DOCUMENT_TOKEN_TO_BE_REPLACED 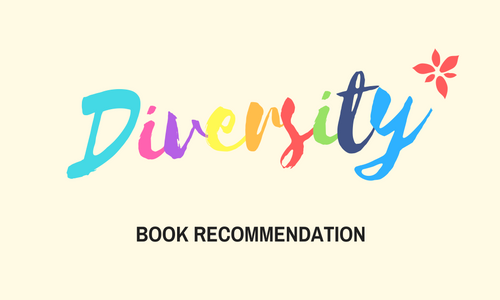 Today I want to do something new on my blog and its a book recommendation that featured Diversity.

I don’t know if it’s because I’m older or if its because I’ve been studying it lately but I’ve been drawn to the fact there is so much inequality in the world. Growing up I knew that, of course I did. Privilege is a thing, I come from a white middle class family who live in a small rural town in the UK and I go to university in a city, I see homeless people everyday and I’ve witnessed sexism and racism and experienced sexism and harassment from men.