In every generation on the island of Fennbirn, a set of triplets is born: three queens, all equal heirs to the crown and each possessor of a coveted magic. Mirabella is a fierce elemental, able to spark hungry flames or vicious storms at the snap of her fingers. Katharine is a poisoner, one who can ingest the deadliest poisons without so much as a stomachache. Arsinoe, a naturalist, is said to have the ability to bloom the reddest rose and control the fiercest of lions.

But becoming the Queen Crowned isn’t solely a matter of royal birth. Each sister has to fight for it. And it’s not just a game of win or lose…it’s life or death. The night the sisters turn sixteen, the battle begins.

The last queen standing gets the crown.

Three Dark Crowns is set on the island of Fennbirn. An island hidden away from ‘mainlanders’ under a mist which interestingly also keeps the three queens on the island and refuses to release them and let them be free. Fennbirn is known by little on the mainland other than potential suitors for the queen.

Each queen lives in their own section of the island, Rolanth is Elemental City, Prynn is the Poisoners City and Wolf Spring is the Naturalist City. Each of the queens live separately away from each other with different families as they are taught to become their most brutal/best selves in order to win and take the throne.

Three Dark Crowns follows queens Mirabella, Arsinoe and Katherine therefore we get three-point of views. Which was something I struggled with at first because there was a lot of information, it took me to about the middle of the book to fully get into the story once I knew what each of the girls were like and the gifts they held. At the beginning it just felt like a ton of information was coming at you with little action.

The book follows a steady pace, increasing with the action sequences. One thing I really loved about the book was the different levels of magic, each queen represented a different element of magic and Arsinoe was also exposed to Low Magic which incorporates her using her blood and ancient runes. It all was so interesting to read especially when you pair it with Suitor Billy’s comments of how if they were on the mainland the queens would simply be known as witches.

Alongside the fantasy and magic, each queen also has a romantic interest which is something I look forward to reading in a fantasy book. I won’t reveal the names of the romantic interests for each queen because spoilers but they bring with it some tension and drama. The romance is all somewhat slow burning except Mirabella’s romance which is more of a in the moment sort of thing and something I did not see coming.

Kendare Blake’s writing is unique as the three girls are separated as children and given to other families who take care of them. All their memories of each other are erased and they are taught to hate their sisters so that they will kill them with no mercy. I really liked this element especially as the girls have no interaction with one another until the ending moments. Mirabella starts to remember a few of their moments together in the past and even though she has this love for her sisters, there is still this contest to kill one another for the throne. Usually in Young Adult fantasy I read sisters with a strong bond so it was interesting to see them ripped apart and the bonds severed from the start, I hope that as the series progresses they are able to somehow come together.

I want to reveal as little as possible in this review so I do not spoil anyone so when I say the ending is a cliffhanger then please imagine a giant cliff. The ending was something I never saw coming, I expected the book to either go one of two ways; the sisters would come together and somehow rule or defeat those pushing them to kill one another or two of the sisters would die and we would have a queen taking the throne. The book took another turn. Each moment leading up to the end was dramatic and suspenseful. I’m genuinely not sure what the next book might hold for the queens and how this story might go which is something I pride this book on; its lack of predictability for me.

Three Dark Crowns follows Mirabella the elemental queen, Katherine the poisoner and Arsinoe the Naturalist. All of which are equal heirs to the crown. Katherine is a Poisoner which means she is taught how to create and ingest toxins without dying. Arsinoe is taught the power of the earth and animals, being a naturalist she also can have a familiar which calls to her for example a crow, bear, dog (some of which are in the story). Finally Mirabella is an elemental, she can create and control storms and fire.

Only Mirabella is the truly strong queen and Arsinoe and Katherine struggle with their gifts which is something that is twisted in the story and we learn why but not until the ending of the book.

There are a range of characters in this book and ones I have to mention are the Priestesses, those who believe in the goddess but who are meant to be holy figures but are actually pretty darn evil, treachurus and manipulating. Not all of them, but nearly all.

Jules is another character who I want to mention here, she is Arsinoe’s friend and she is one of most strongest naturalists ever known. Jules is strong, fierce and it was really refreshing to see a secondary character who is equally if not more stronger than our protagonist. Usually Young Adult writers show the protagonists to hold greater powers than their friends. Often at times during this book it made me question if Jules is infact a queen? Jules also has one of the greatest familiars; a mountain cat called Camden.

Three Dark Crowns was a 4 star read for me. As much as I really liked the characters my main issue with it not being 5 stars was the fact it was easily confusing trying to keep up with the influx of information on the three queens as they are all equally important main characters until at least half way through the book. Other than that I thought the action, magic and drama was all fabulous and I have broken my book buying ban to go ahead and order the second book so I can see what happens after that superb cliffhanger! Give me some more queeny drama and fighting.

Useful Links
Goodreads | www.kendareblake.com | Where To Buy Me 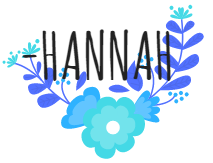 Have you read Three Dark Crowns? Which is your favourite queen?
Let me know what you thought below or if you are adding it to your TBR!